Why might an innocent person choose to plead guilty to a crime they did not commit?

One of the most persistent myths about the criminal “justice” system is that only guilty people plead guilty. In fact, given the coercive tools available to prosecutors, a rational choice for an innocent person might be to plead guilty to a lesser charge to avoid the risk of going to trial. But, if defendants have a right to trial by jury, why would they plead guilty? There are several factors.

First, prosecutors can stack charges with impunity. It is rare for us to handle a criminal matter where our client is not overcharged. So, even if our client is guilty of something, he or she is almost certainly not guilty of everything they have been charged with. This overcharging or stacking of charges is a bargaining technique that creates risk for a defendant at trial.

Second, defendants are often concerned with something commonly referred to as the “trial penalty.”  The trial penalty is a term that refers to the differential between what a prosecutor will offer you if you take a plea bargain and what your punishment will be if you exercise your right to a trial and you lose. Often, the sentence if you are found guilty at trial would be worse than if you plead guilty. The possibility of suffering a trial penalty is often enough to convince someone to plead guilty, especially when coupled with the fact that many defendants are represented by public defense counsel who are often overworked and underpaid. The trial penalty is one of a whole suite of tools available to prosecutors to induce people to waive their right to a trial and plead guilty.

We should also mention that many states allow Alford pleas, which is a guilty plea where a defendant in a criminal case does not admit to the criminal act and asserts innocence. A defendant may use an Alford plea because the evidence is too strong to take a chance at trial, where taking the chance of a trial could end with tougher penalties than when pleading guilty, i.e. the trial penalty discussed previously. My understanding is that courts will treat this type of plea differently than the standard guilty plea because of the specific way the defending party will make the plea. We practice in Indiana, which is one of the few states that does not allow an Alford plea.

Third, lots of people end up in jail, awaiting trial. Sometimes they do not even have bail available to them. Even if they do have bail, it is often set at an amount that they just can not realistically afford, so they are going to be stuck in jail waiting for their trial. It is a very difficult and unpleasant place to be, so many people will plead guilty just to get out of jail rather than waiting weeks or months for trial. This has been especially problematic during the pandemic, when many court systems delayed trials for many months.

Fourth, and we mentioned this earlier, most people who go through our system are represented by government-funded lawyers, and the government persistently under-funds those lawyers. Essentially, they carry more cases than they should. They do not have the time to give a fully zealous representation in each of their cases. Sometimes you do not even meet your lawyer until the day of your trial and that is not how a zealous defense is put together.

Fifth, there is the problem of overcriminalization. There are so many crimes that it is hard to keep track of all of them. In fact, it is impossible to know everything that is a crime. This is especially concerning because many things that are against the law are not obviously wrong. There is a distinction in the law between actions that are malum in se (inherently wrong) like murder and actions that are malum prohibitum (wrong because they are prohibited), like carrying a firearm without a license. This overcriminalization, coupled with the vast resources of prosecutors to bring to bear on individuals, creates a situation that is antithetical to a free society.

Finally, prosecutors often threaten family members, especially in the federal system. So, if they want you to take a plea, and you are not interested, the prosecutor says something like, “Well, you know what? This is a white-collar business case, and your son participated in this business for a while, didn’t he? Maybe we should take a close look at him. Lets look at his income taxes, look if he ever hired an undocumented worker, we’ll just look at every single facet of his life. How do you think your son would do in prison?” As shocking as it may seem, that happens all the time. It is routine for prosecutors to threaten family members in the way that I just described, especially in the federal system.

As you can see, there are several tools that prosecutors can wield to get someone to plead guilty, even if the person is innocent. I have not addressed every tool, like mandatory minimums, but taken together, you can see that these tools add up to a very coercive dynamic. The plea bargain, as it is practiced by prosecutors, has become a tool that helps pervert justice by penalizing people who seek a jury trial.

A few years ago, Lucian Dervan and others conducted a deception study, where they accused students of engaging in academic misconduct. The accused students were offered two alternatives. If they were willing to plead guilty, they would lose their compensation for participating in the study, which was akin to a plea in return for probation in the criminal justice system. If they did not plead guilty, they would proceed to a trial before an administrative review board, which was meant to represent a criminal trial. In that context, if the student lost, a differential was created by saying that they would lose their compensation, their advisor would be informed, and they would have to attend an ethics course.

The study showed that approximately 89% of the participants who were guilty of the misconduct accepted the plea deal and pleaded guilty. The study also showed that 56% of the innocent individuals also accepted the plea deal and pleaded guilty. 56% of the innocent individuals felt like the rational decision for them was to falsely plead guilty to something they had not done in the context of academic misconduct. That is very concerning, and it casts a lot of doubt on the accuracy of the plea-bargaining system, especially with the coercive tools available to prosecutors. 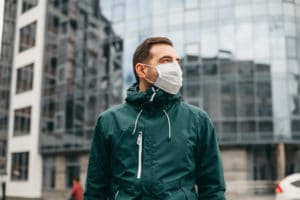 Wearing a Mask While Carrying a Firearm 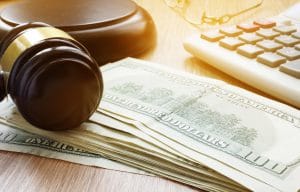 Is Bail Bonding Allowed in Your State? 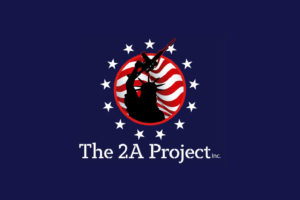 The 2A Project Promoting Constitutional Carry

Hours by appointment only