Is Bail Bonding Allowed in Your State?

Is bail bonding allowed in your state?

Is bail bonding allowed in your state?

If not, what options exist for a defendant to be released from jail following self-defense gun use?

Typically, what conditions, restrictions or allowances affect bail if the defendant has used a gun against another human? When you counsel clients and their families, what “reality checks” do you explain to dispel unrealistic expectations?

Bail bonding is allowed in Indiana. In fact, for all criminal charges except murder, a person arrested in Indiana has a right to bail. Murder is not bailable if the state proves by a preponderance of the evidence that the proof is evident or the presumption strong. In all other cases, offenses are bailable. Ind. Code § 35-33-8-2.

A person arrested can often post bail based on the bond schedule either through the sheriff or the court clerk’s office before his or her initial hearing in court has even occurred. This is possible when the court sets the bond with a finding of probable cause. However, sometimes the court will set the amount of bail at the initial hearing. As provided by statute (Ind. Code § 35-33-7-4 and § 35-33-7-1), an arrested person must be taken “promptly” before a court for an initial hearing, but the term “promptly” is not defined in the statutory provisions and there is no certainty concerning the meaning of the term. In May v. State, for example, the members of the Indiana Supreme Court were sharply divided concerning the application of these statutory provisions to the defendant’s detention before his first court appearance. Ultimately, the Court held that a nearly 10-day detention before the initial hearing was okay where probable cause had already been found by the judge. May v. State, 502 N.E.2d 96, 101 (Ind. 1986). If probable cause has not been found by a judge, the initial hearing must take place within 72 hours of the arrest.

If a person is arrested while on probation, Indiana law allows the person to be held for up to fifteen (15) days without bail (often referred to as a “15-day hold”) to allow time for a probation violation to be considered. Once the 15 days is over the court must set bail on the new case, although if a probation violation is filed, Indiana law allows a person to be held without bail on that violation.

The Indiana Constitution provides that excessive bail shall not be required. In general, bail may not be set higher than that amount reasonably required to assure the defendant’s appearance in court or to assure the safety of another individual or the community. However, the defendant’s inability to procure the amount necessary to make bond does not necessarily render the amount of bail excessive. In addition to the standard bond schedule, a court will look at several factors in determining the amount bail including the seriousness of the charges and factors which could make the defendant a flight risk. Specifically, Ind. Code § 35-33-8-4 lists factors judges should consider when determining the amount of bail:

If the court determines that an arrested person is of minimal risk, the court may release him on his “own recognizance”, sometimes referred to as being “OR”. This means the person is released on his promise to return as ordered, without requiring him to post a bond.

In addition to a bond, the court can also place other restrictions on the defendant as a condition of pretrial release “to assure the defendant’s appearance at any stage of the legal proceedings, or, upon a showing of clear and convincing evidence that the defendant poses a risk of physical danger to another person or the community, to assure the public’s physical safety.” Ind. Code § 35-33-8-3.2.

The determination of imposing a particular condition of bail in a particular case is within the trial court’s discretion and is reviewable only for an abuse of that discretion. If a condition of bail involves Second Amendment rights, the determination of what is reasonable under the bail statute must factor in those rights. The reasonableness of a condition of bail necessarily depends upon the relationship of the condition to the crime or crimes with which the defendant is charged and to the defendant’s background, including his or her prior criminal conduct. Steiner v. State, 763 N.E.2d 1024 (Ind. Ct. App. 2002). These conditions may include restrictions such as a no-contact order, home detention pending trial, or restrictions on the possession of a firearm.

It’s important for clients to understand that, if they are arrested, there is a potentially long waiting period before they are processed in the jail and scheduled for an initial hearing. If bond is already set and someone is able/willing to post that for you, you may be released before your initial hearing is scheduled. However, if bond is not yet set or no one has posted bond before the initial hearing, you may still be in custody when you are brought before a judge. The expense of posting a bond can be substantial, and this expense may make it hard to afford a competent attorney. It’s also important to understand that the bond amount is not always returned in its entirety. There is always some risk with going to trial, and if someone is not completely innocent, it may be beneficial to enter into a plea agreement, which often entails forgoing some or all of the bond money that was posted. If you were justified in the use of force and are completely innocent, the cost of getting out of jail and hiring an attorney will be substantial nonetheless — likely tens of thousands of dollars just to get started. 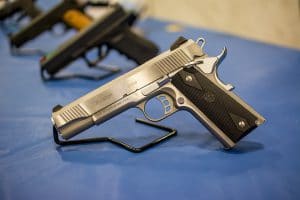 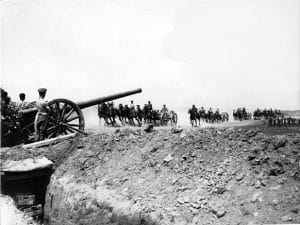 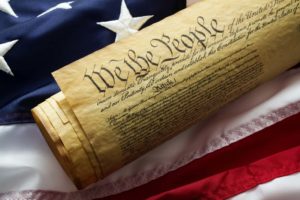 Hours by appointment only