If facing home intruders and arsonists moving through neighborhoods, are residents of your state required to wait until the home has been entered or a fire started on it to stop the attackers?

How do your state’s laws differ on deadly force used to protect human beings compared to preventing an arson of an occupied dwelling? What limits are placed on use of force to prevent other kinds of destruction to the home? What restrictions are in place as regards preventing destruction of attached garages, outbuildings or property like vehicles on the home’s lot?

The questions this month raise a number of interesting issues, and it is impossible to cover all of the specific factual scenarios that could be associated with the general situation described. Before addressing the law in Indiana, we would reiterate the wisdom expressed by Gila Hayes a couple of months ago in the June issue in which she indicated that self-defense encompasses defensive strategies that begin far in advance of the point where deadly force should be considered. We would also remind everyone that every scenario will involve distinct facts, and the question of self-defense is ultimately, in many cases, a question of fact to be determined by a jury. However, the jury will be informed of the law via jury instructions and the factual determination made by the jury will be made in the context of the applicable law.

An important law that will likely be applicable in Indiana is our general self-defense statute at IC 35-41-3-2 that provides, in part, that . . . (c) A person is justified in using reasonable force against any other person to protect the person or a third person from what the person reasonably believes to be the imminent use of unlawful force. However, a person: (1) is justified in using deadly force; and (2) does not have a duty to retreat; if the person reasonably believes that that force is necessary to prevent serious bodily injury to the person or a third person or the commission of a forcible felony . . .

Please note that the statute contemplates instances in which one might be justified in using “reasonable force”, but not necessarily deadly force. Deadly force will not be justified or characterized as reasonable force unless the person reasonably believes that force is necessary to prevent serious bodily injury to the person or a third person or the commission of a forcible felony. One could write a book regarding the definition of “reasonably believes” and we will not go there in the limited space we have here. However, we would refer you to your attorney and Masaad Ayoub’s book “Deadly Force” as well as the ACLDN videos that members are provided for further study.

You will no doubt be curious about the term “forcible felony,” which can serve as an element for the justified use of deadly force. That term is defined in our statues at IC 35-31.5-2-138 as a felony that involves the use or threat of force against a human being, or in which there is imminent danger of bodily injury to a human being. We believe this would cleary include murder, rape and arson of an occupied building. One other point to keep in mind is that there are some situations that would preclude applicability of our self-defense statute. For instance, the threat must be imminent, you cannot be the initial aggressor, and your commission of a crime cannot be the cause of the confrontation with the other party.

With respect to the defense of property, Indiana’s “Castle Doctrine” is at IC 35-41-3-2(d), which  indicates that a person is justified in using reasonable force, including deadly force, against any other person; and does not have a duty to retreat; if the person reasonably believes that the force is necessary to prevent or terminate the other person’s unlawful entry of or attack on the person’s dwelling, curtilage, or occupied motor vehicle. Once again, this statute is difficult to address comprehensively in a limited way. However, please note that it is limited to your dwelling (not a seperate business location), occupied motor vehicle, and “curtilage.” You will no doubt ask what “curtilage” means. It is difficult to say with certainty under Indiana law. This may not help much, but according to Indiana pattern jury instructions,  the term “curtilage” means the land, not necessarily fenced or enclosed, adjoining the dwelling house including buildings used in the conduct of family affairs and domestic purposes. In determining whether an area or building is within the “curtilage” of a dwelling house, two (2) factors are of principle importance: 1) its proximity to the dwelling, and 2) its use in connection with the dwelling for the purpose of conducting family affairs and domestic purposes.

With respect to property that is not your dwelling, your occupied motor vehicle, or your “curtilage,” IC 35-41-3-2(e) indicates a person is justified in using reasonable force against any other person if the person reasonably believes that the force is necessary to immediately prevent or terminate the other person’s trespass on or criminal interference with property lawfully in the person’s possession, lawfully in possession of a member of the person’s immediate family, or belonging to a person whose property the person has authority to protect. Please note IC 35-41-3-2(e) does not provide for the use of deadly force to protect any property that is not your dwelling, curtilage or occupied motor vehicle. We get some startled and disgruntled responses in our legal class to this concept, but we do not make the law, we are just the messenger.

There is one other point we would like to make as you consider potential defenses to looting and the protection of your property. Although Indiana does not have a “brandishing statute” per se as many states do, we do have a statute that makes pointing a firearm a crime if a person knowingly or intentionally points a firearm at another person (it is a misdemeanor if the gun is unloaded and a felony if the gun is loaded). Think about that the next time you go to a gun show or public range. Anyway, case law in Indiana also indicates that pointing a firearm creates a risk of serious bodily injury, and is construed as the use of deadly force. Hence, one should conclude that the pointing of a firearm is only justified if the use of deadly force is justified. Please consider this as you contemplate and visualize defensive strategies far in advance of the point where deadly force should be considered. In other words, your gun handling skills are critical in addition to a myriad of other skills. 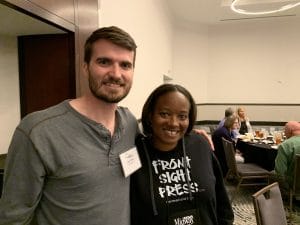 Family Concerns During and After Self Defense 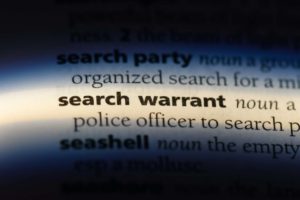